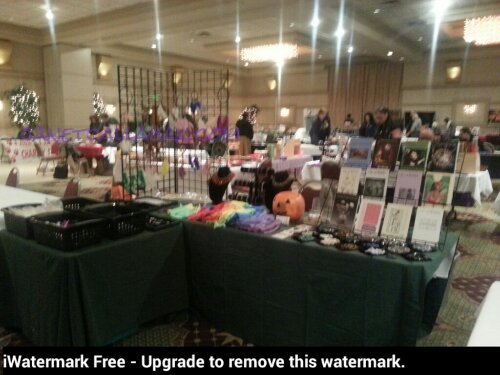 My table at the Midwest Witches Bazaar

I’m always unsure what to expect at new venues – and this was no exception, even though I visited the Bazaar last year, its first in this location. Loading in through a side door with a step was something of a pain, and unloading in a cold steady rain was pretty unpleasant. Electricity was scarce, and since it’s held in a ballroom, the lighting leaves a lot to be desired – assuming I do this next year, I may want to do some experimenting with small battery powered LED lamps to light my table.  Forty Five vendors were scheduled to be there (4 didn’t show up). It was not a rousing success for me, but it seemed to me that shoppers were on a fairly tight budget, and it never seemed like there was an abundance of shoppers at any one time. 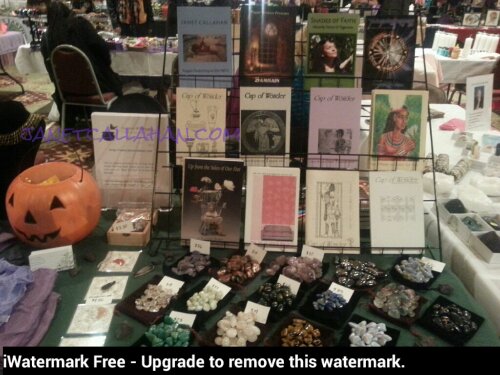 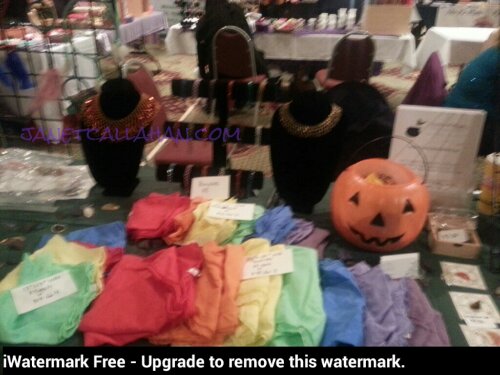 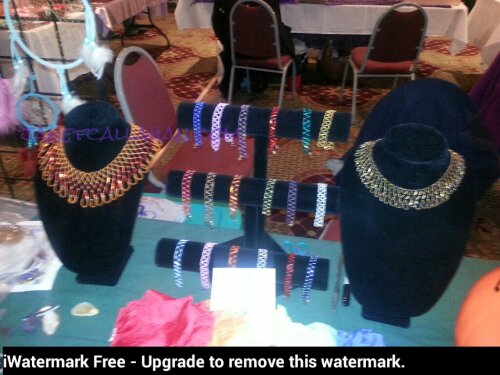 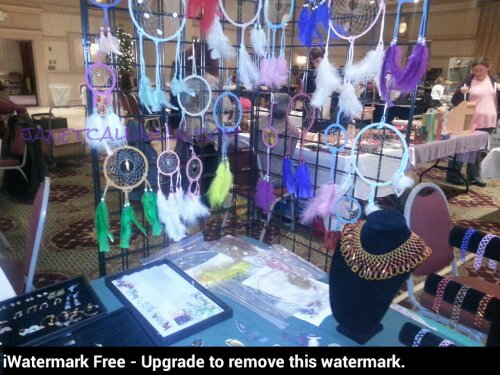 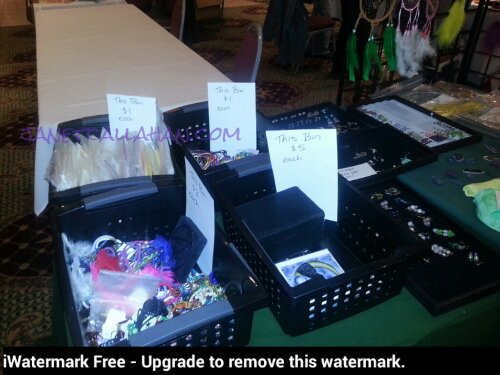 Still, it’s nice to get out once in a while and mingle. I got to meet two people I know online.  One is Elayne, who was there representing 4 Paws for Kender, one of the Ball’s charities this year – her son Kender is blind and has autism, which complicates getting a seeing eye dog, but 4 Paws for Ability will be training a dog for him next year (4 Paws for Ability asks each candidate to raise a little more than half of the money needed to train their dog). The other person I got to meet in person is Rowan Moss, author of the Pagan Children’s Learning Series. She’s written three books, with more planned. I picked up all three books and will be reviewing them in the future.

I’m not sure how much vending I’ll be doing in the future – it’s very difficult to line up childcare these days, and leaving my husband with the littles for a whole weekend isn’t really fair to anyone.

I’m pleased to announce that after much delay, Energy Work and Your Pagan Tot is now available on Amazon for Kindle.

It is also available on Smashwords for a number of other formats, and should be feeding the Sony, Barnes & Nobel, iTunes, and other ebook outlets soon.

It has been far too long since I’ve been in my studio working on arts & crafts. My goal for June is to get at least a half day every week to make new things – especially since I’ll be vending at the Midwest Witches Bazaar in October, and I want to have a good mix of products there. 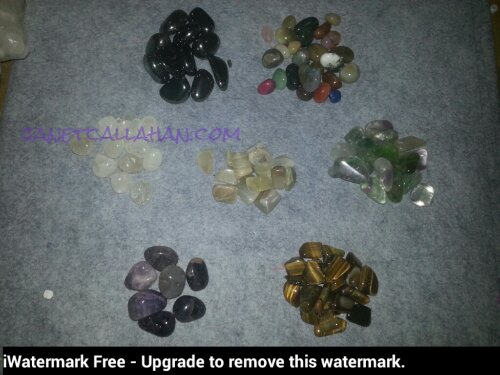 One thing at the top of my list is runes. When we sold off most of our business 5 years ago, I kept only a handful of rune sets, and haven’t had much time for working with them since then. The stones photographed above are what I’ve got ready to go right now – hematite, tiger eye, amethyst, quartz, moon stone, fluorite, and a mixed batch of tumbled stones to use either as mixed sets or to pull enough specific stones out for a set.

It always feels good to get back to work – creation is a spiritual journey.

As always, if there’s a stone you’re interested in that I don’t have, please let me know – I have numerous sources and can find almost anything.

This month’s special is the kind of sale I’ve always wanted to do, but never quite got around to.

My 5″ diameter kits are normally $12 plus shipping. For this sale, I’m discounting kits by 25%, bringing the price to $9 each plus shipping.

Because of constraints here at home, I have removed custom kits from my dream catchers site, but for this special I’ll be offering semi – custom 5″ kits, where you pick a primary and secondary color for your kit, and I pull together a kit for you based on those colors.

Your kit contains all materials plus instructions. You provide a bit of super glue, scissors, and possibly a clothes pin or binder clip.

This special is good only through the end of March, so get your kits now.

If you’re interested in buying kits in bulk for a group project or event, let me know & we can work out a discount.