Thinking about things “good Pagans” do or don’t do always reminds me of the following quote from Neil Gaiman’s “American Gods.” As a bit of context – Wednesday (Odin) and his right hand man, Shadow (Chesterton) are with the Goddess Ostara, at a coffee shop, and the waitress is wearing a pentacle.

Wednesday looked up at their waitress. ‘I think I shall have another espresso, if you do not mind. And tell me, as a pagan, who do you worship?’

Her lips described several shapes without saying anything before she said, ‘The female principle. It’s an empowerment thing. You know.’

‘Indeed. And this female principle of yours. Does she have a name?’

‘She’s the goddess within us all,’ said the girl with the eyebrow ring, colour rising to her cheek. ‘She doesn’t need a name.’

‘Ah,’ said Wednesday, with a wide monkey grin, ‘so do you hold mighty bacchanals in her honour? Do you drink blood wine under the full moon, while scarlet candles burn in silver candle holders? Do you step naked into the foam, chanting ecstatically to your nameless goddess while the waves lick at your legs, lapping at your thighs like the tongues of a thousand leopards?’

‘You’re making fun of me,’ she said. ‘We don’t do any of that stuff you were saying.’
…
‘There,’ said Wednesday, ‘is one who “does not have the faith and will not have the fun,” Chesterton. Pagan indeed.’

A lot of people who read that think that it is making fun of Wiccans. I’ve participated in several such discussions over the last few years.

But is this really poking fun at Wicca, or is it more a statement of fact? Wicca is not the old ways, by any stretch of the imagination. In all but the most traditional of BTW (British Traditional Wicca) covens, it’s been sanitized to the point of being cleaner than mainstream Christianity.

For clarity, I’m going to call the more modern (and usually more eclectic) Wiccan groups that fall outside the BTW spectrum the neo-Wiccans. Back to the question at hand…

Even the Christians have the human blood sacrifice of their God – take Mel Gibson’s movie The Passion as a sign that the down-and-dirty, not politically correct face of the Christian church is coming to the forefront….and all the while, modern neo-Wicca pushes a public face for all Pagans that is fresh as the morning dew, clean as a mountain stream, innocent as the first flowers of spring. Christians have an ongoing battle with Satan – whether they see this battle as a real-world battle or as a figurative battle makes no difference, because either way it is a way to quantify the things that are wrong with the world. All neo-Wicca has is the Rede, which many take to mean “don’t hurt anyone,” again, a sanitized and toned down interpretation of a statement that really means that you should think through the possible consequences of your actions before you make them.

Recent research suggests that humans have allergies and asthma in part because we live in a sanitary world – our imune systems don’t have anything to fight except our own bodies. Cleanliness, when taken to extremes, is not next to Godliness – it’s a long slow way to die.

Ever wonder if religions can suffer the same fate?

Why is this, anyway? Why would anyone be drawn to a religion that teaches there’s no evil in the world, but that there are still things that are taboo? Or that the only evil is from those who aren’t Pagan (when what they really mean is that everyone who doesn’t believe and practice just like them – Pagan, Christian, or otherwise – is evil). The typical neo-Wiccan path is to assume that all Pagans (Wiccan, Recon, or other) are just like them and share their moral views and practices.

I’ve read quite a number of times, in quite varied places, that doing magick of any sort with blood (animal or human, mine or someone else’s) is Just Plain Wrong. And yet, there are perfectly reasonable uses for such items.

Now, the “in” thing among the more feminist neo-Wiccans is for women to use their menstrual blood as some sort of way of connecting with the Goddess by bleeding on the earth, which strikes me as a ritual sacrifice. Does this mean that menstrual blood is ok because it’s leaving our bodies anyway, but other blood isn’t?

Apparently not, because I’ve also read that using menstrual blood is dangerous, and that it’s using something for ritual that’s supposed to be thrown away. How is that attitude empowering? How is making a natural function of the body something taboo a spiritually uplifting thing?

Besides – in many ancient cultures, the offerings given to the Gods were things that weren’t all that useful to the humans anyway – Zeus was tricked into choosing the fat and the bones, rather than the meat as his offerings, after all.

I’ll admit that I’ve used blood in rituals before – I’ve used menstrual blood for several personal rituals, including fertility rites. I’ve used blood directly from my veins a part of a protective spell for a friend (symbolically, and literally, someone I’d die to protect). I’m still me – not any more crazy than I was before the ritual in question, and certainly not harmed in any way by either ritual.

There’s the parts of our community who are anti-altered states too. While some take illegal drug and alcohol use to extremes, there’s a place for those substances in ritual, usually under the supervision of a well trained leader. They can induce ecstatic states that would be difficult to reach otherwise.

But there are also people in our communities who go so far as to say that one shouldn’t do magick while taking legal, prescribed medications. I’d hate to see their reactions to my daily schedule, or their reactions to the fact that I still practice magick, and am actually much more productive at this when medicated, because I’ve got more energy, and I don’t have to worry about whether or not I’ll be able to breathe or when I last had a snack. While taking anti-depressants made magick different, it also made it possible at a time in my life where things were so bad that getting out of bed was a challenge. Medications can be tools just like incense and wands.

How did the rich basis of emotionally charged rituals that we’ve got historical references to (much less the ones we’ve guessed at, or derived from contemporary primitive cultures that we can study in depth and in person) get turned into such shallow, worthless, drek? How did the ritual sacrifice of animals as offerings to the Gods become vegetarian living, because killing animals is bad, rather than because they’re given to us as sustenance by the Gods – how does not honoring the spirits of the animals that feed us benefit us; how does not performing sacrifices honor the Gods?

I’ve even seen arguments that “The Great Rite” isn’t something that should actually be performed; that sex may be sacred, but it doesn’t belong in ritual. That sex magick (or Gods forbid, kinky sex magick) are things that one shouldn’t do. If all acts of love and pleasure are her gifts to us, why aren’t these things practiced? Or is that just a convenient phrase for excusing occasional bad behavior, rather than something to live by?

Of course, there’s also the other side of the coin. Why don’t more of us who aren’t in the Neo-Wiccan crowd take advantage of our position, and the ways of worship open to us? Why do we think we have faith in our Gods if we don’t have the “fun” to go with it?

Not that I’m perfect in this respect – I’ve had good times and bad times, and spent a lot of time sorting through life and fighting off a deep apathy within my soul. And I suspect that a small part of that apathy comes from this thought – why do people seek to learn about the old ways, when they don’t really want to do what it takes to live them? Why is it so hard to find a way to connect with that same intensity, and to really enjoy life, and the things I believe.

If I have the faith, why don’t I spend more time having the fun that goes with it? 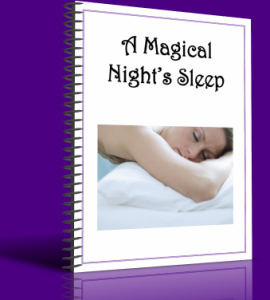