It seems to me that at least in modern America, we lack appropriate rites of passage in many cases.

For kids growing up, their big ones are getting a driver’s license, graduating high school, and being old enough to drink (which, given our culture, probably adds to the level of alcohol abuse). There’s not much else for normal things, and if your child doesn’t meet normal milestones, it’s a cause for concern, not for celebration.

Some societies celebrate birth, marriage, and death – and while we certainly do a decent job on the first two, death is something we struggle with these days, and even births and marriages can be out of whack from the expected celebration. A baby in the NICU sometimes means no baby shower, for example, and a marriage to someone the family doesn’t approve of can certainly be complicated (or our current same-sex marriage situation, where even the law does not recognize this milestone in many cases).

I wrote a while back (seemingly a lifetime ago) about the lack of drama involved when my son got his trach out. My daughter’s trach was removed on the 4th of July (that holiday called Independence Day here in the States, which is seemingly fitting) – and again, it was almost anti-climactic. It leaves one feeling somewhat empty to have such a big change go unrecognized. 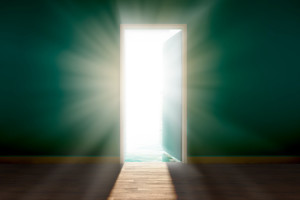 At it’s heart, a rite of passage is a way of marking a change – a way of acknowledging that we’re stepping through a doorway from one part of life into the next. A way to say, yes, before you were this, and now you’re not – you were a baby, now you’re a big kid, now you’re a tween, a teen, an adult, married, a parent, divorced, widowed, a grandparent. Each new phase comes with benefits and responsibilities, and being clear about that helps us know where we fit in society.

I think, as Pagan families, it’s important to consider what sorts of additional rites of passage are appropriate for our children. What have you done, or what are you planning to do, with your family that isn’t the sort of thing celebrated in mainstream culture?

Do your children (or you!) wake up in the wee...
$25.00
2 students enrolled
1 lesson
Janet Callahan
LP Courses